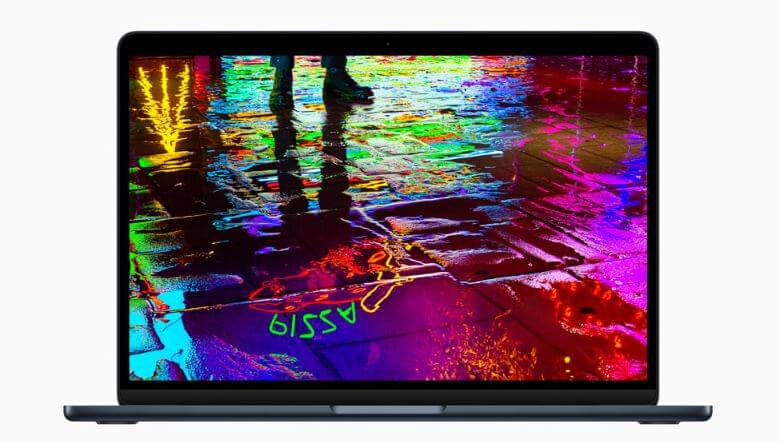 Apple MacBook Air with M2 is available to order starting July 8. A new, strikingly thin design in four beautiful finishes, a large 13.6-inch Liquid Retina display, a 1080p HD camera, and MagSafe charging are among the features of this device.

The new MacBook Air has a beautiful 13.6-inch Liquid Retina display, which has been expanded closer to the sides and up around the camera.

This results in a larger display with much thinner borders, giving users more screen real estate to view their content.

The MacBook Air has been upgraded to 500 nits of brightness, which is 25 percent brighter than before. The retina display now supports 1 billion colors, which makes photos and movies look incredibly vivid.

The new MacBook Air features a 1080p FaceTime HD camera that offers twice the resolution and low-light performance of its predecessor.

MacBook Air also features a four-speaker sound system. Speakers and microphones are integrated seamlessly between the keyboard and display to fit into such a thin design – while improving audio quality.

This combination of performance and capabilities can only be achieved with Apple silicon in a fanless notebook.