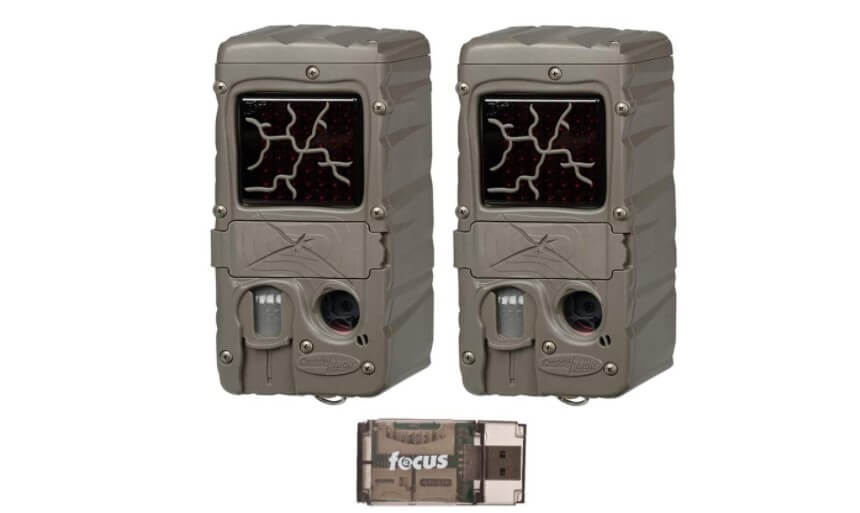 Camera trap suppliers in Nepal. The camera trap is simply a digital camera connected to an infrared sensor which can see warm objects that are in motion, like animals.

When an animal moves past the sensor it causes the camera to fire, recording an image or video to the memory card (storage device) for later retrieval.

Camera traps are often left within the field to ceaselessly watch a vicinity of surround for weeks or perhaps months, recording the rarest events that occur in nature.

This can embrace everything from an enormous cat patrolling its territory, to the predatory of a bird´s nest by a predator. Camera traps are “wildlife friendly”, therein they cause very little or no disturbance to life.

Camera trapping is a method for capturing wild animals on film when researchers are not present, and has been used in ecological research for decades.

Before setting up a trap you have got to seek out the most effective spot. Once we all know roughly wherever we tend to place the camera we glance for the most effective area, or pair of trees in some cases, to connect the traps.

The camera trap system is largely simply a medium-sized black waterproof box, with a ‘heat in motion’ detector and camera within.

The infrared trigger is passive so it lasts a little longer. However both depend on how much animal “traffic” there is at a site. A busy site will use up more film and batteries and we will check it more often.

Use it alone or as a part of the Cuddelink revolutionary network which transmits images from multiple cameras to a single camera for convenient, remote viewing.

Thanks to the latest technologies utilized by Cuddeback, you’ll be able to unobtrusively observe, collect, transmit and preserve unique wildlife data.

Programmed with both IR and Black flash, this Dual Flash Trail Camera by Cuddeback is ready for all users in all situations. IR flash can be used to capture images as it has better illumination range while the black flash is used to record videos.

Top of the Line Performance

The industry leading 1/4-second trigger speed captures game that so many other trail cams would miss. This game camera can capture 20MP stunning daylight images with incredible black and white night images.

The super-fast recovery speed enables you to capture two photos before many camera can capture the first.

Zone control, separate day/night delays, fully customizable time lapse, and many more cool and innovative features can be found in one of the Cuddeback’s top performing trail camera.

This game camera is also compatible with Cuddeback’s wireless mesh network called CuddeLink. This allows you to transmit images and videos from up to 16 cameras into 1 camera.

Remember us for latest prices & specs of all the latest products.